After our brief visit to the isolated, small town of Gonzales, Deelow wanted to venture more south of 101 so the next historical site we would come across was located in the town of Soledad.

We passed through a big correctional facility and even saw the big zeppelin from Mountain View flying in the distance. But the highway was empty and following the GPS in this beautiful day was a view to behold. We exit the freeway at Arroyo Seco Road and right to Fort Romie Road and driving on we saw the Mission Soledad on our right. 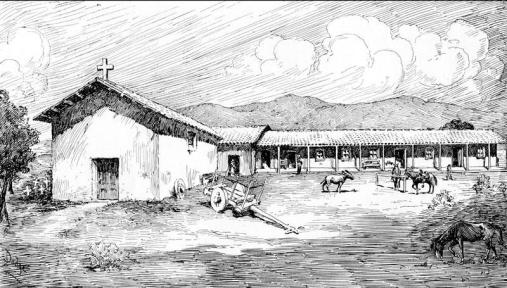 Sketch of the Mission 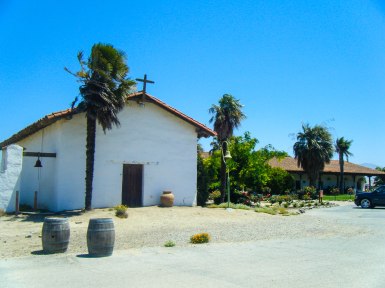 There were one or two vehicles parked on the parking area. We looked around the Mission is isolated from everywhere. It was in the middle of nowhere that is why we thought few will took the time to stop here because its too far from the freeway. We entered the mission visitor center through the side of the main church and looked around the museum. Here is the history of the Mission as stated on the official website.

“La Mision de Maria Santisima Nuestra Senora de la Soledad (Mary Most Holy, Our Most Sorrowful Lady of Solitude) was founded by Father Fermin Lasuen on October 9th, 1791 near the site of an Esselen village named Chuttusgelis.  The Esselen were the original inhabitants of the valley. The mission was built to link Mission San Antonio and Mission Carmel so that the distance between the missions would be shortened. 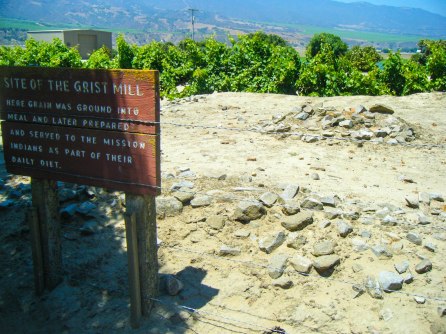 The buildings at Mission Soledad were constructed of adobe brick. The adobe brick was made by mixing dirt with water and some type of binding agent (usually straw). The mixture was then poured into forms and dried in the sun.

Father Payeras, Father Jayme, Father Ibanez and Father Sarria were four of the padres who provided the most dedication and time to the Soledad Mission. They kept the records and organized the growth. The winds could be brutal and the weather bitterly cold. When the padres needed relief from rheumatism they would go to Paraiso Hot Springs for the mineral baths. They learned of the medicinal value of the mineral baths from the Esselen who lived in this area.

By 1810 the quadrangle was completed and included a chapel, a church,  four granaries, offices, a mill, a cheese factory, a hen house, a tallow factory, a kitchen, guest rooms, unmarried women’s quarters,  two warehouses, a carpenter’s shop and quarters, a guard house, a corporal’s quarters, a forge, a soap factory, an apothecary, a tannery, tile kilns, a privy, a pantry, a grist mill, a lavenderia, a weavery, and possibly a fulling tank for wool production. There were quarters for the padres. 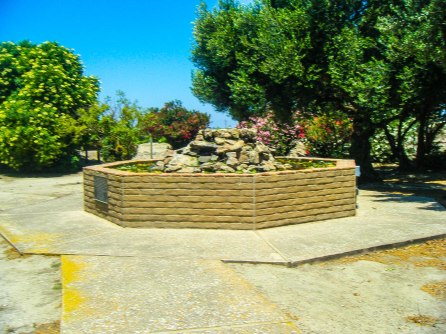 There was a shoemaker. There was a vineyard with five thousand vines and an orchard. A fifteen mile aqueduct  brought water to the mission from the Arroyo Seco River.   Neophyte housing was built in the form of three long adobe buildings which had twenty-six rooms. It appears that the Soledad Mission specialized in wool production and weaving. At one time there were over five thousand sheep grazing the lands surrounding the mission as well as over six hundred horses and six thousand head of cattle. The mission owned three ranches: San Lorenzo, San Vicente and San Fernando.

There small replicas of all the California Missions, and items belonging to the mission. There weren’t much to see inside so we went out and explore the surroundings. Most of the other buildings and walls were left into ruins maybe because of the tremulous history it had.

“Most of Mission Soledad was destroyed by three large floods in 1824, 1828, and 1832 which irreparably damaged the buildings. As Mission Soledad was secularized and neglected the buildings were further destroyed. In 1845, interim Governor Pio Pico sold the mission to Feliciano Soberanes for eight hundred dollars. Eventually, the mission was abandoned and fell further into disrepair. Modern ranching and farming practices helped with the decline.” 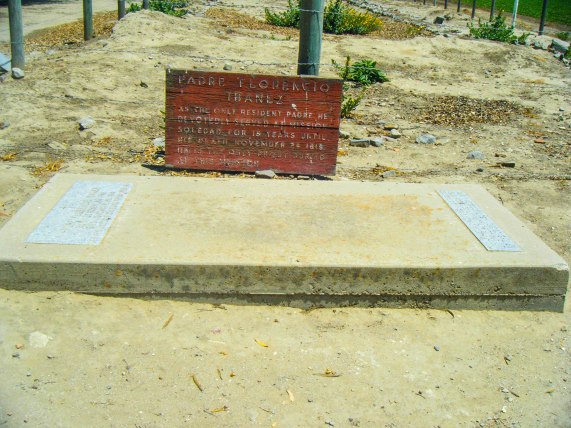 We saw the gravesite and saw the graves of Governor Arrillaga and Father Ibanez. We were offered a view of the surrounding sights of the mission. Upon walking to the ruins we found out that that mound of soil used to be the original Mission and most of the buildings standing here are reconstructed. According to the website the mission currently going to overhaul large master planning project to reconstruct and restore the quadrangle buildings and improvements of the entire site. 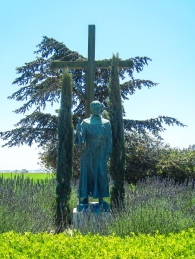 We didn’t stay that long as we head back inside the mission and exit and head to our next destination. We were heading to Carmel by the Sea but we have one more destination to see, Los Coches Adobe.

We don’t know the exact location of the adobe but we have an idea it is the abandoned farm house so we went down and check it out. Since we don’t have any idea of what the Los Coches Adobe is here is the information I got from the website. 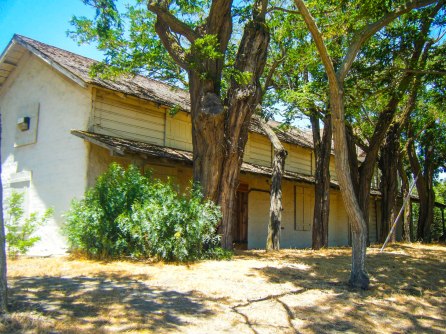 “The Los Coches Adobe, vacant for several decades now, sits alongside Highway 101 in a part of Soledad that lays claim to the Soledad Mission and has a story that is integrally associated with the people of Soledad, past and present. Originally built as a Rancho in 1843, Los Coches’ most continual contribution to the area was as a Wells Fargo Station Agent office, post office, stage coach stop and inn. From 1854 until 1868, the Adobe became a popular inn and stagecoach stop for passengers of the Bixby Overland Stage, running between San Francisco and Los Angeles.  On December 20, 1872, the railroad reached Soledad connecting the region to San Francisco and creating an important stopover for travelers. Until 1886, Soledad was the terminus for the railroad and there was a turntable located at the end of town, on which the train was turned around for its return trip north.

The planned preservation project hopes to rehabilitate this historic transportation facility, as well as to establish a museum that will include transportation related exhibits and serve as a visitor’s center for the Monterey Peninsula. Future plans also include a walking trail on the property for pedestrians with educational markers interpreting Salinas Valley agriculture surrounding the Adobe, along with landscaping and other scenic beautification. Once rehabilitated, the Adobe will house exhibits contributing to the knowledge and understanding of local ethnic history, as well as a pictorial history of the site’s importance as the terminus of the railroad and coach line.”

There was really nothing to see in the adobe so we moved on to the next city were going to. The Mission Soledad was one of the least famous of the missions, because first it was reconstruction and second it was in the middle of nowhere. So only religious or historical enthusiasts will most likely enjoy the sight and value the mission. Like we did.