After going around the city of Port Isabel, and eating to our heart’s delight we continued our journey on. The summer heat of the Texas weather was getting into us and the beautiful scenery of the water was tempting. So after finishing all the historical sites in Port Isabel we have crossed the long bridge of Queen Isabella Casuseway and as we move along, we saw different hight rise hotels and beach resorts. Here is some information about the history of the island.

“Once upon a time, South Padre Island was a beautiful, desolate place where native Karankawa Indians, migratory birds and sea turtles were the only residents. The Island was granted to Nicolás Ballí from King Carlos III of Spain in 1759 and later passed to Ballí’s grandson, Padre José Nicolás Ballí. Soon after, Padre José brought the first permanent settlers, establishing a church and teaching Christianity to the Karankawa Indians.” 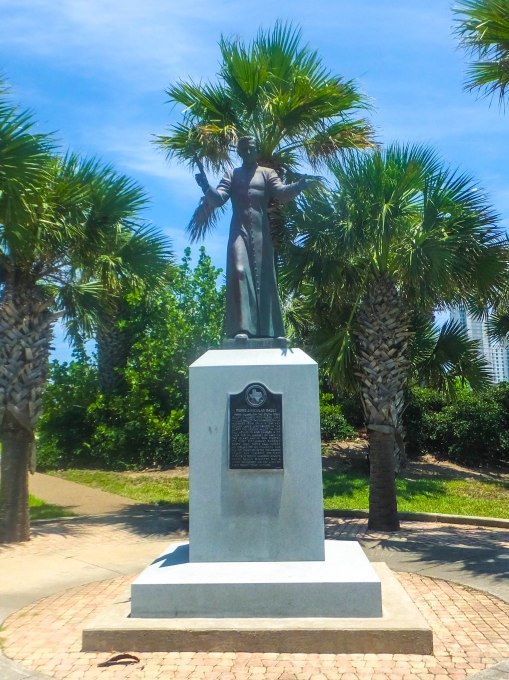 Upon reaching the end of the bridge, the first thing we saw was the Welcome Sign to the island in the middle of the Queen Isabella Memorial Park. We stopped and parked on the side of the park. We waited for our turn to take pictures and after that, we also saw the statue of Padre Balli and a Texan Historical Marker commemorating the man of the islands. Here is what was written in the marker.

Padre Island, off the South Texas coast, is named for Padre Jose Nicolas Balli (177?-1829), whose family migrated from Spain in 1569 and became large landowners in the lower Rio Grande Valley. In 1800 Balli applied to King Charles IV of Spain for 11 1/2 leagues of land on the island, and in 1804 started its first settlement. Rancho Santa Cruz Padre Balli served as collector of finances for all the churches in the Rio Grande Valley, and founded the first mission in present Cameron County. Padre Balli’s ministry was a great influence on the lives of early South Texas settlers.

We continue driving around the island looking for the visitor center but it was closed. But we got to see the biggest ever Sandcastle in South Padre Island. It was made by Andy Hancock.

After driving at Padre Boulevard we finally found a place to swim at the Andy Bowie Park. Located at the north end of the island, across from the South Padre Island Convention Center. We gathered our things and passed by the shower area and playground. 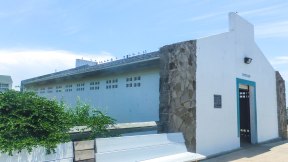 Marker for the beach

We found a spot not too crowded and there we settle down with our towels and snacks. Then we all jumped in the water to enjoy the cool water contrast to the heat of the sun. We played and swam and here is the rest of the history of the island.

When Padre Ballí owned the Island, it was known as the Isla de Santiago. Due to the Padre’s reputation as a kind man, the people to whom he ministered affectionately referred to the Island as La Isla Padre – Padre Island. While the Island’s population has grown significantly since then, the sandy, white beaches and calm ocean waters still attract migratory birds and sea turtles, and the strong sense of community and acceptance Padre Ballí taught continues to live on today. That’s one of the many reasons why so many people choose to live on and visit South Padre Island every year. 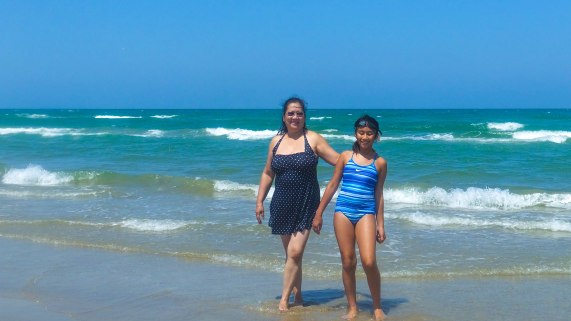 After the swimming and kite watching activities, we left the beach and head back to Fort Sam Houston in San Antonio. It was a long 4-hour drive and those past two days seemed like a week to me for I value the time my family spent with me and exploring these parts of Texas.