Before today’s post, you probably never even heard about the town Ione . However, you are not alone. It first came to my enlightenment when my sister and I were looking for our next historical site to visit, and nothing caught my eye other than the American Horror Story next to the Preston Castle. The castle was once home to juvenile males but was later closed due to the death of a woman. Since it was closed and there was not much to see, my sister and niece set off to another adventure.

From North or South you would take I-5 off the California interstate,  exit to H-4 East and exit to H-99, followed by an exit on H-88 towards Jackson. I know it sounds confusing but your GPS helps a lot.  The longest trip would be  Highway 88 because its an inside road, but there are interesting things to see along the way.

We set our GPS destination to Preston and Castle which is a little farther north of town. We turned right to the entrance of the establishment, and to our surprise, the premises were exactly like that of a horror movie. The houses or buildings were either abandoned or For Lease. But since it was still daytime, we had the courage to walk around the area.  We first headed to the Castle but to our dismay, it was closed. The regular hours may differ; here is a link to all the hours and tours of the Castle:

Here is a brief history of the place as written on their website, Preston Castle Foundation:

“In 1890, the 230 acre parcel of land where the Preston Castle stands was purchased from the Ione Coal & Iron Company for $30 per acre with 100 acres donated. The land was purchased to house the Preston School of Industry, established by the State Legislature as a progressive action toward rehabilitating, rather than simply imprisoning, juvenile offenders.

Construction of the Administration Building for the Preston School of Industry started right away. The bricks for the building were made at San Quentin and Folsom prisons using sandstone that was quarried six miles from Ione. The bricks were then delivered by rail at 6,000 bricks per car. The cornerstone was laid on December 23, 1890 with 2,500 people in attendance.

The plans for the school were ambitious with the original plans showing 77 rooms on five floors. The administration building, which eventually came to be called the Preston Castle, would be the most significant example of Romanesque Revival architecture in the Mother Lode.

The first floor would house a reception and Director’s room, general office with a walk in vault, reception room, sitting room, a butler’s pantry, a dining room, employee lavatory, physician office, pharmacy, clerk’s office plus three additional offices. The first floor annex would include a dining room. The second floor would include a reading room, library, twelve chambers, a school room, coat and hat room, men’s water closet and women’s lavatory. The second floor annex would hold a dormitory, a locker room, and a linen room. 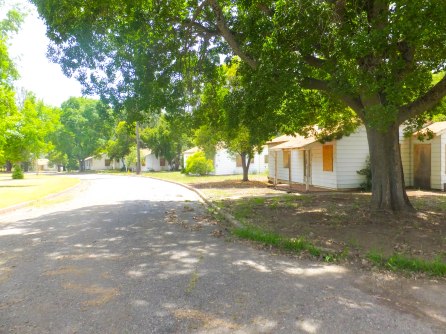 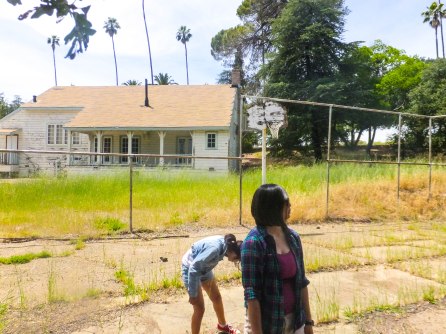 A mezzanine level was to provide two bathrooms with three bathtubs. The third and fourth floors would remain unfinished. The third floor would contain twelve rooms and the fourth floor was designed to have six rooms. The basement would include a play room, water closet (long urinal and nine toilets), laundry, lavatory with foot bath, shower room and plunge bath, hall, kitchen, pantry, furnace room, fuel storage room, and a water closet with two toilets. The basement annex would hold a bakery, fuel storage room, kitchen, pantry, storeroom, and the employee’s laundry and lavatory.

On June 13, 1894, the first wards were accepted at the Preston School of Industry, and the school was proclaimed officially opened on July 1, 1894. The next year, electricity was installed by way of a water wheel powered dynamo, called a Pelton Wheel, for incandescent and arc lights.

The Preston School of Industry remained open until 1960 when new facilities for the school were completed. The building remained vacant and fading into disrepair until September 10, 2001 when The Preston Castle Foundation received a fifty-year lease for the property. The Preston Castle has also been named a California State Historical Landmark (#867) and is listed on the National Register of Historic Places (NPS-75000422). 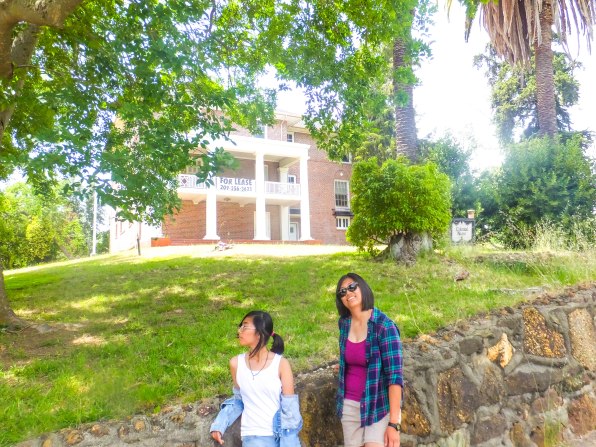 Building by the entrance 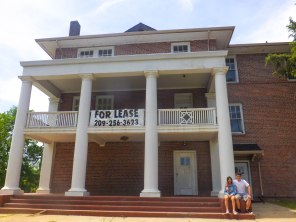 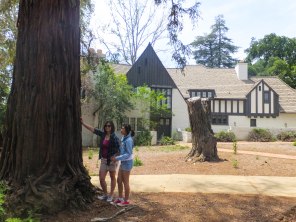 It wasn’t a brief history but it was nice to read about plenty of information regarding the  mysterious place of Preston Castle. Unfortunately, we didn’t get the chance to explore the interior of the building but maybe in the future if we ever go back. When we walked down the hill to the small buildings, it did felt like we were in a horror movie. Everything was abandoned and neglected, the windows and doors were boarded up, and the yellow grasses were up to almost our waists. We went as far as the front fence to get a glimpse of the façade, then we went down to the other side where there is a parking lot  and an electric fence which we believed was the new institution.

As we walked back to our vehicle, we couldn’t help thinking about the eerie atmosphere of the area while recalling the murder in the castle. The official web site have mentioned this event.

“Though there were a handful of unexplained deaths among the wards of the institution over the years—and there is said to be a lost cemetery on the grounds that contains the graves of 23 former inmates—it is the murder of Anna Corbin that represents the Castle’s most enduring mystery.

Accounts vary as to the details of the grisly crime, even from newspapers of the time, but most agree that Anna Corbin was found brutally beaten to death inside a locked room in the Castle. Some accounts say that she was found in the kitchen, while others claim she was killed in the “mattress room” or near the “disinfecting pool” in the basement, while still others maintain that she was found stuffed in a padlocked closet.

Though all 657 wards of the school at the time—along with the staff—were questioned in relation to the death, and there were three trials, no one was ever convicted. A 19-year-old ward named Eugene Monroe was considered by many to be the prime suspect. Though he confessed to the murder and rape of a pregnant woman in Tulsa, Oklahoma a year later and was sentenced to life in prison, he remained adamant in his denial that he had anything to do with the death of Anna Corbin. To this day, her murder remains unsolved.“ 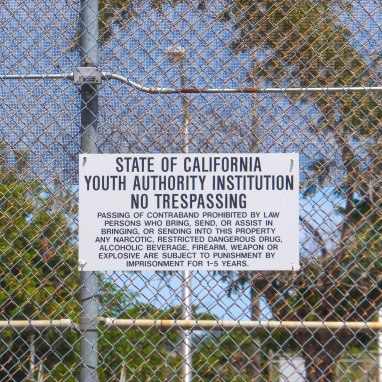 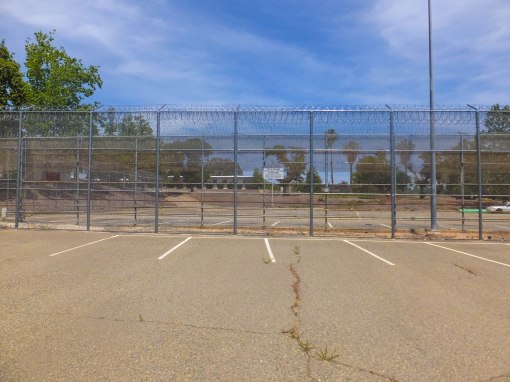 It sounds scary, doesn’t it? Thus, to avoid anything out of the ordinary, we just took some pictures and hurried back to the car. We were afraid some entity would show up or follow us back home. To ease our worries over the spooky Preston Castle, we went down to the heart of the Ione, and then to downtown to relax and to take a stroll under the summer heat.

Fore more information visit the official site and the article about Anna Corbin: